Back with more paint swatch art, and this time ALL four titles include the names of Sonic characters. (once again, the progress view of HOW I do these, is in THIS post with Lanolin the Sheep) Jesus loves you!!!

Rouge the Bat with, what we can assume to be, a red rose on this paint swatch titled, “Rouge Red”. It’s nice to see her again after her appearance in Sononical!

Whisper the Wolf reaches high for an apricot on a branch in “Apricot Whisper”. Her feet are glued to the ground with zero flexing, and random observation, but it looks like she could be doing some kind of exercise challenge where your feet HAVE to stay flat to the ground as you stretch upward.

Who’s this falling through the sky upside down? You guys, it’s Sonic the Hedgehog, and he’s holding a chili dog in this swatch named, “Sonic Sky”. Also, that’s no ordinary chili dog…a few months ago there was an official video released showing how to create an ice cream chili dog, so that’s what he’s really holding.

Last, but not least, Tangle the Lemur driving the “Wild Ride”(<– concept Team Sonic Racing car by me) in reverse on a paint swatch called “Tanglewood Park”. The name creates a play on words that sound alike in English: “Tangle WOULD Park”, so maybe she’s trying to back into a parking space. 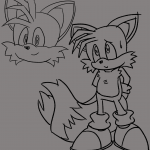 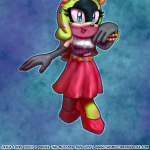 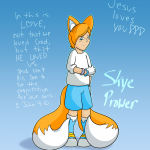 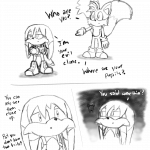