Maybe you’ve seen my art already, or maybe you’re a newcomer. Whoever you may be, hi! This post is showcasing my art from 2022, and giving an overview of the progression of my art as it went from this to that! Jesus loves you!!!

I released “A Return to Remember“, The Mustard Seed Life’s first lengthy webcomic. It was a 12-page Sonic fanfiction. The plot centered Shadow, who some may say is a disgruntled customer(*ahem* Leroy…), and Maria the Hedgehog, the Italian girl that bears a strong resemblance to Maria Robotnik. (and actually, it was drawn in 2021, but it didn’t get completely finalized until February 2022)

Also started sharing what was only the beginning of my Tangle x Mighty art madness! (and man, I really have gotten better at saying things in posts…)

I began chasing after digital art, getting more used to the graphics tablet(although I had used one before slightly, like in 2021 for the BT21 Easter animation) Not only that, I learned that all drawing programs are NOT the same, and that having the right program with the right features is a game-changer.

“Ta-dah! I drew Sonic the Hedgehog: Jewel the Beetle Spring Fan Art! It says “Jesus is Alive!!!” in English on top and in Japanese on the bottom!”

I think by this point I must’ve lost my mind, because near the end of April I had three on-going projects overlapping. First, I was 3D modeling Belle the Tinkerer, which I started doing in late March. Second, in the first week of April, I agreed to split up the 100 Faces Meme Challenge with another artist, so that was underway. Third, at the end of the month I started doing a Tangle x Mighty sketch challenge. Crazy, right?

OH! There was also the re-draw that I did from the previous year. I really got to see my progress there.

“I’ve already got a bit on my plate, with the half of the 100 Faces Meme Challenge I’m doing daily, nearly halfway there, and 3D modeling Belle(on a temp pause…also almost done), but I’m throwing something new into the mix!”

Those same three projects continued into May, but I finished up the 100 Faces Meme Challenge with my co-collaborator….and I also began rigging Belle(so she was done with the modeling phase, yay!) Somehow the Tangle x Mighty sketch challenge went from being sketches with digital color to full-on digital PIECES. That’s when I REALLY started using the textured pen, a brush I absolutely love(but I am learning to tweak it).

It was so relieving to finish the Tangle x Mighty sketch challenge and finally getting to share Belle animated! From here into July I started to break into a style of shading that was free-er to me than cel shading(learning by imitation!)

“This challenge has been fun, rewarding, and forced me to draw lots of Tangle x Mighty fanart! In reality, the title kind of reflects the thought of “catch me” as I continue to create new things…”

I kept drawing new pieces with that shading style, and I also learned to implement bounce-back light, a simple, yet important lighting aspect on objects and characters. All of these new skills were blowing me away!

“Bounce back light is an effect caused when light bounces from the ground plane back to the object, appearing even in shaded areas. It’s something that’s not too complicated, but it makes a huge difference in adding believability to your artwork.“

I started what would be the beginning of my “SO PRETTY” collection, drawing Tangle as Butterfly Daisy. The method I used for creating this piece(as well as the pieces that followed), I learned by watching a recording of a live stream. I soaked in how the art was drawn, processed, I even learned that it’s okay not to have separate layers for EVERY little thing, and that’s helped me expedite my process to this day!

There were a few studies in September. They look pretty cool, and with those Whisper sketches in addition to all the times I’ve already drawn her, she’s one of the easiest characters I can draw.

“Pros and cons of using pen over pencil, pro — not as much smudging; con — no erasing(which can actually be a pro, because it’s a different kind of challenge!)“

This was the month I dropped Sononical: Heroes N’ Hearts, page-by-page until there were no more left(twenty pages). A 3-month project(just like 3D Belle was), it was worth it, I’ve received so much positive feedback about it, and I can’t thank everyone enough! The drop date of the first two pages actually coincided with the same date I released my Tangle x Mighty animation in 2021! I learned SO much about comics, lettering, I had to think about storyboards, placing speech bubbles, but it was fun and rewarding! I also got to draw a pretty huge cast of characters, it was amazing! Thank you everyone!

“Solicitation: Featuring MANY characters from the Sonic franchise, even ones we don’t get to see much, the cover reveals who you can expect to see in this fancomic! So if you’ve been waiting for some fanfiction with Sonic the Hedgehog, Miles “Tails” Prower, Espio the Chameleon, Amy Rose, Mighty the Armadillo, Ray the Flying Squirrel, Charmy Bee, Rouge the Bat, E-123 Omega, Jewel the Beetle, Tangle the Lemur, Whisper the Wolf, Cream the Rabbit, Vector the Crocodile, and maybe another surprise guest, you’ve come to the right place!” (Sononical is an unofficial Sonic fan comic by The Mustard Seed Life)

It’s worth mentioning that somewhere between November and a few months prior I learned to loosen up my inks(because I used to tweak them so much to try and perfect them that I spent needless amounts of time on it) I learned that it’s okay if every line doesn’t join.

Now, November itself was me and a lot of different art styles. I was also trying to finish up some older sketches I had. There was traditional/digital, digital paint styles(like “Wanderlust“, see Shadow with the Operation Christmas Child boxes?), a random finger art, new Belle renders, a challenge where I asked people to vote and that decided who I would end up drawing…

“I spent months modeling & rigging this girl in 3D, so it only makes sense that she should have recurring appearances. And so I’m doing that! Some selfies with Belle the Tinkerer, everyone!“

December’s art was pretty much the same as November in terms of different art styles and finally getting to old art sketches. However, I did end up creating and sharing two digital comic pages, very short plots, and I also tweaked the textured brush. One small settings tweak made an awesome brush, EVEN AWESOMER…how is that possible?!

“…I’ve said previously how much I love the textured pen, but something that bothers me is that it appears too sharp and crisp, even from a distance. — I changed the “gap” setting on the texture brush so that it was less texturized, and I think that helped soften the line art!”

And so you can see how my art has changed drastically this year. I, by no means, know everything about art. I’ll keep learning, and honestly, I find that very fun! Quoting myself:

“If you want to get better at drawing in general, you just gotta keep doing it! Studying art by others, observing real life, 3D modeling(Yup.), and getting advice from family, friends, etc. are all great ways to improve, I know it’s helped me out! I kept drawing, and I WILL keep drawing, bettering with every step, loving all these moments, knowing there’s still lots to discover!(which makes it fun!) YOU CAN TOO!“

(fyi, if you read the actual process breakdown part of the above article titled “How I Drew One of My Best Sonic Fan Art Pieces Yet”, my process has changed SO much, and you may find some of it helpful, but my old process is needlessly complicated…)

Moving into 2023, as I continue to learn, I’m really going to need all the support I can get! But here’s the deal, the support I’m currently asking for, it’s free, you just have to be 18 or older. By subscribing to my email list, you’ll be among the first to hear when I’ve got something awesome to share, and it’s also just real encouraging to me! (but if you subscribe, remember, you have to verify your email or else it doesn’t fully sign you up!) (once again, only 18 or older!)

Thank you to all my viewers, whether you’re a regular or just finding out about me and my art, tag along for the ride, because I’m just getting started! Happy New Year, everyone! Jesus loves you!!! 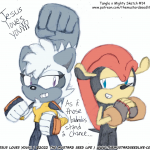 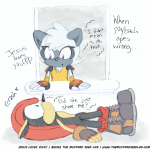 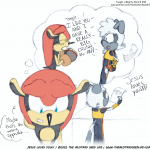